“For vinyl fans the release of “New York Blue” is definitely one of the best news in these challenging times…” (Hifitest.de 05/2021 – Ralf Henke)

Pressed at Pallas in Germany

Vocalist Valerie Joyce debuted with the May 2006 release of New York Blue on Chesky Records. New York Blue is a collection of classic jazz, standards, and pop tunes that showcase the singer’s distinctively smoky vocal sound and nuanced performance. Producer David Chesky says, “Valerie has a great feel for the music and has one of the most unique singing voices I have ever heard.”

Pianist Andy Ezrin worked with Valerie on the arrangements for the album’s 13 tracks that range from tunes by Cole Porter and Rogers & Hart to Miles Davis to the Beatles. They are joined on the album by musicians Lawrence Feldman on saxophones and Eugene Jackson and Tim Lefevre taking turns on bass for a live recording that is pure Chesky.

New York Blue selected by fans as one of Chesky Records Top 25 albums! 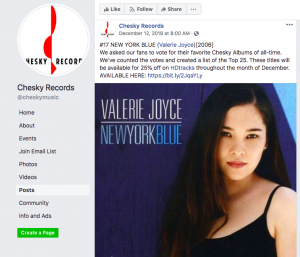 I was happy to hear that one of my albums, “New York Blue” was selected as top 25 favorites this year.
– Valerie Joyce

#17 NEW YORK BLUE (Valerie Joyce) [2006]
We asked our fans to vote for their favorite Chesky Albums of all-time. We’ve counted the votes and created a list of the Top 25. These titles will be available for 25% off on HDtracks throughout the month of December. 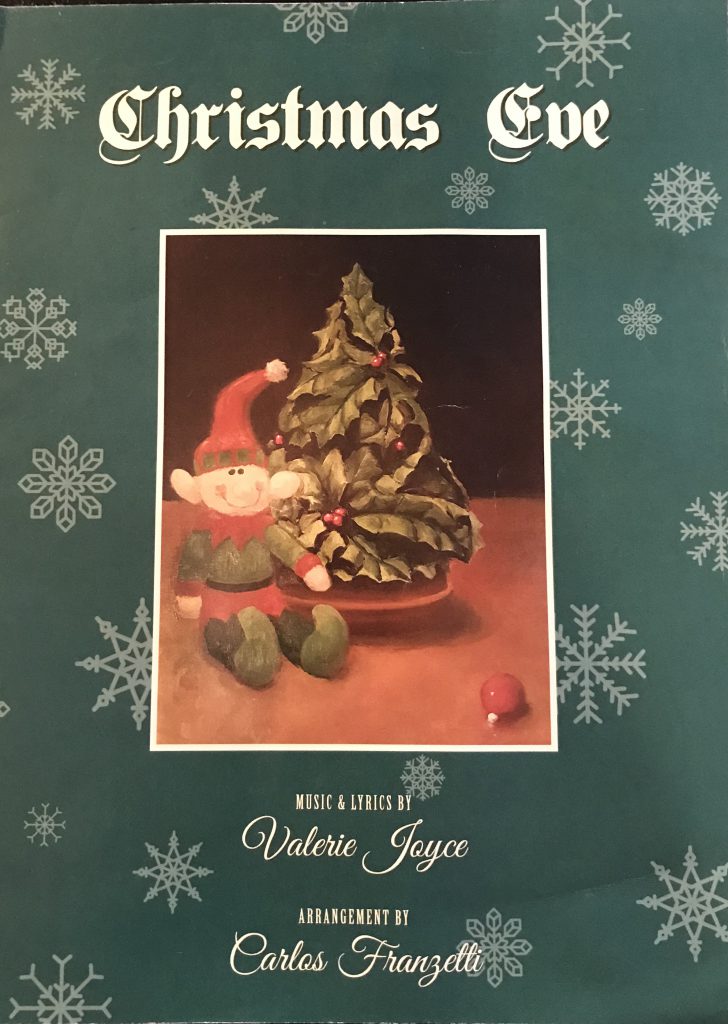 The arrangement was composed by Carlos Franzetti.

Valerie Joyce performing her song on piano and voice

Join us for a summer evening in the Seattle Japanese Garden sipping sake under the setting sun!

Enjoy a jazz trio serenading you across the water, accompanied by the smooth ripples of swimming koi fish.

Be enveloped by the lush greenery of the garden in summer, and watch as the sunset transforms the landscape into majestic twilight.

Described as the “Best Kept Secret in Seattle,” this is one summer evening event you won’t want to miss. 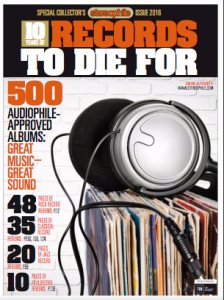 Thank you Stereophile for the mention! 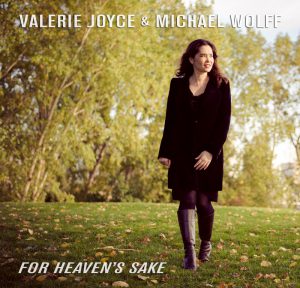 The duo’s chemistry is unmistakable on For Heaven’s Sake. Michael thoughtfully sculpts new intention behind Valerie’s sultry and soft melodies. The peaceful atmosphere is full of nuances that only come from a live performance by musicians with real chemistry. From Brahms to Duran Duran Valerie and Michael explore songs outside of the typical jazz idiom, but bring it home with classics like “In A Sentimental Mood” and “You Taught My Heart To Sing.”

Get it in 8 different high resoultion formats at:
http://valeriejoyce.downloadsnow.net/heavens-sake 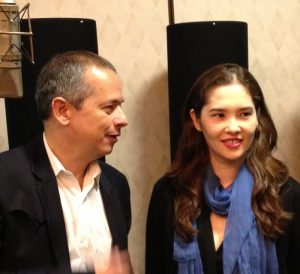 Valerie Joyce will be performing and recording with guitarist Marco de Carvalho at the Newport Audio Show on Thursday, June 2, 2016. Valerie is performing as part of the Blue Coast All-Stars during “Press Day.” 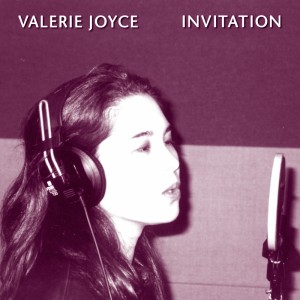 A Seattle-based musician, born in Japan but with deep roots in the art of American jazz, Valerie Joyce is an exceptionally talented vocalist commanding a very distinctive style. Airy yet full, rich and expressive, Valerie’s voice is immediately arresting and wonderfully idiosyncratic. Her catalog stretches back to the debut “Reverie” in 2002, and most fans know of her fine recordings over the years with influential audiophile label Chesky Records. Under Blue Coast Records, Valerie and Cookie have recorded two acclaimed Special Event albums, and now comes Valerie’s latest addition: Invitation.

Aptly named, this record is just that—-an invitation to explore Valerie’s unique voice and emotion through a collection of evocative jazz compositions. She guides us easily through busy latin-infused grooves, delicate and somber ballads, and refreshing standards. One of Valerie’s most impressive performances with Blue Coast to date has been her take on Ellington’s classic “Day Dream”, recorded in 2012 for Special Event 25. This new release features a fresh piano arrangement of the standard, as well as many other expositions of Valerie’s unique timbre.

Pulled from Valerie’s archives and newly digitized to DSD256 from 1/2″ analog tape masters, the previously-unreleased Invitation was produced and arranged by Michael Wolff, well-known as the former musical director of The Arsenio Hall Show.

©
Warning: Use of undefined constant Y - assumed 'Y' (this will throw an Error in a future version of PHP) in /nfs/c09/h02/mnt/128523/domains/valeriejoyce.com/html/wp/wp-content/themes/in-nature/footer.php on line 64
2023 - VALERIE JOYCE | WEBSITE BY ORIGIN WEB DESIGN

©
Warning: Use of undefined constant Y - assumed 'Y' (this will throw an Error in a future version of PHP) in /nfs/c09/h02/mnt/128523/domains/valeriejoyce.com/html/wp/wp-content/themes/in-nature/footer.php on line 67
2023 - VALERIE JOYCE
WEBSITE BY ORIGIN WEB DESIGN